This week has been extremely out of sorts with a lot of driving and sitting in a hospital helping my son who was admitted last Saturday. It’s given me some time to knit and crochet but it has had to be easy projects.

The initial focus this week was the Westknits’ Texture Time KAL and that was quite challenging. I think I peaked at cast-on number 13 and have managed to keep this one going. I’ve had a few fix-up sessions and have not managed to get the first clue completed before Clue 2 was released last Friday – I’ll catch up sooner or later. I do have a slight lean in direction which means I’m a stitch too far to the right. I don’t think it’s too noticeable and, if I was to frog this, I doubt I’d get back to it. I’ll see if aligning the next hole correctly makes too much of a difference. It might also be smart for me to check the number of stitches and that will determine how I’ll attack it. You can see my little pile of “un-knitting” which is not actually all the cast offs. It’s because yarns are cut each time. 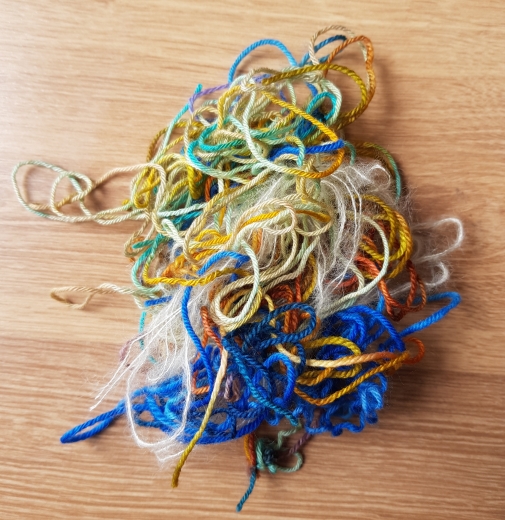 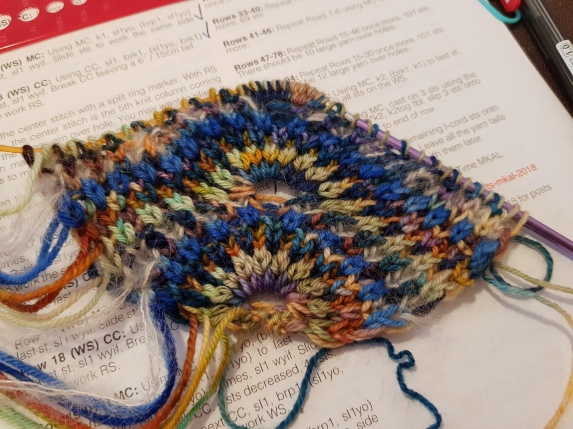 Since I’ve spent a bit of time sitting around in a hospital this week, I’ve tried to focus on easy knits. The Baby Angel top by OGE Knitwear Designs has been a good one to work on. It’s progressing very quickly and a great construction in its simplicity. It’s such a cute cardigan. 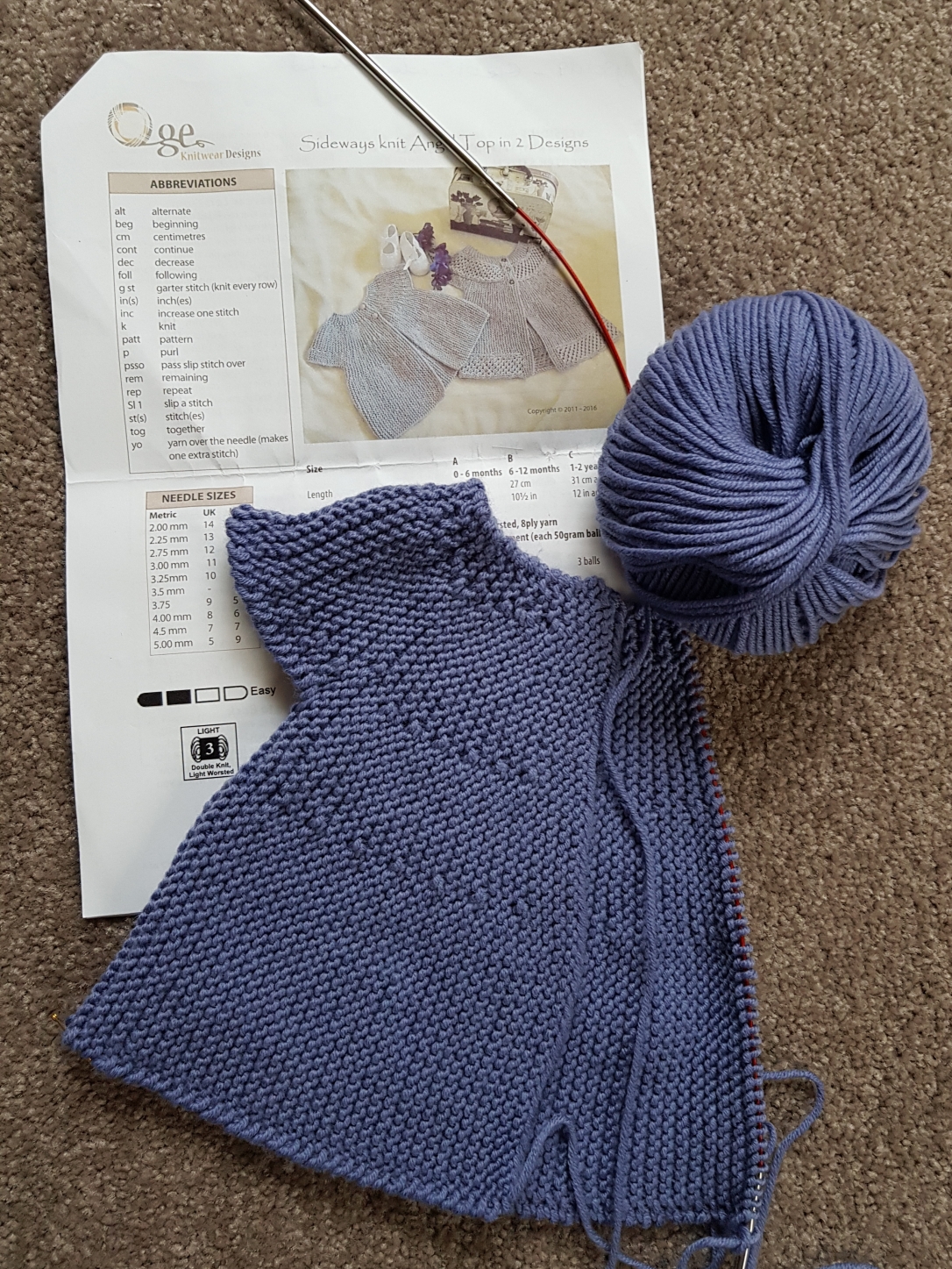 I managed a few rows of my Floozy cardigan but the fact that I’m alternating skeins makes juggling the two balls a bit annoying. I kept losing one or the other on the floor which was quite amusing for others. It needs another inch before the ribbing. Hopefully, I’ll get that done this week. 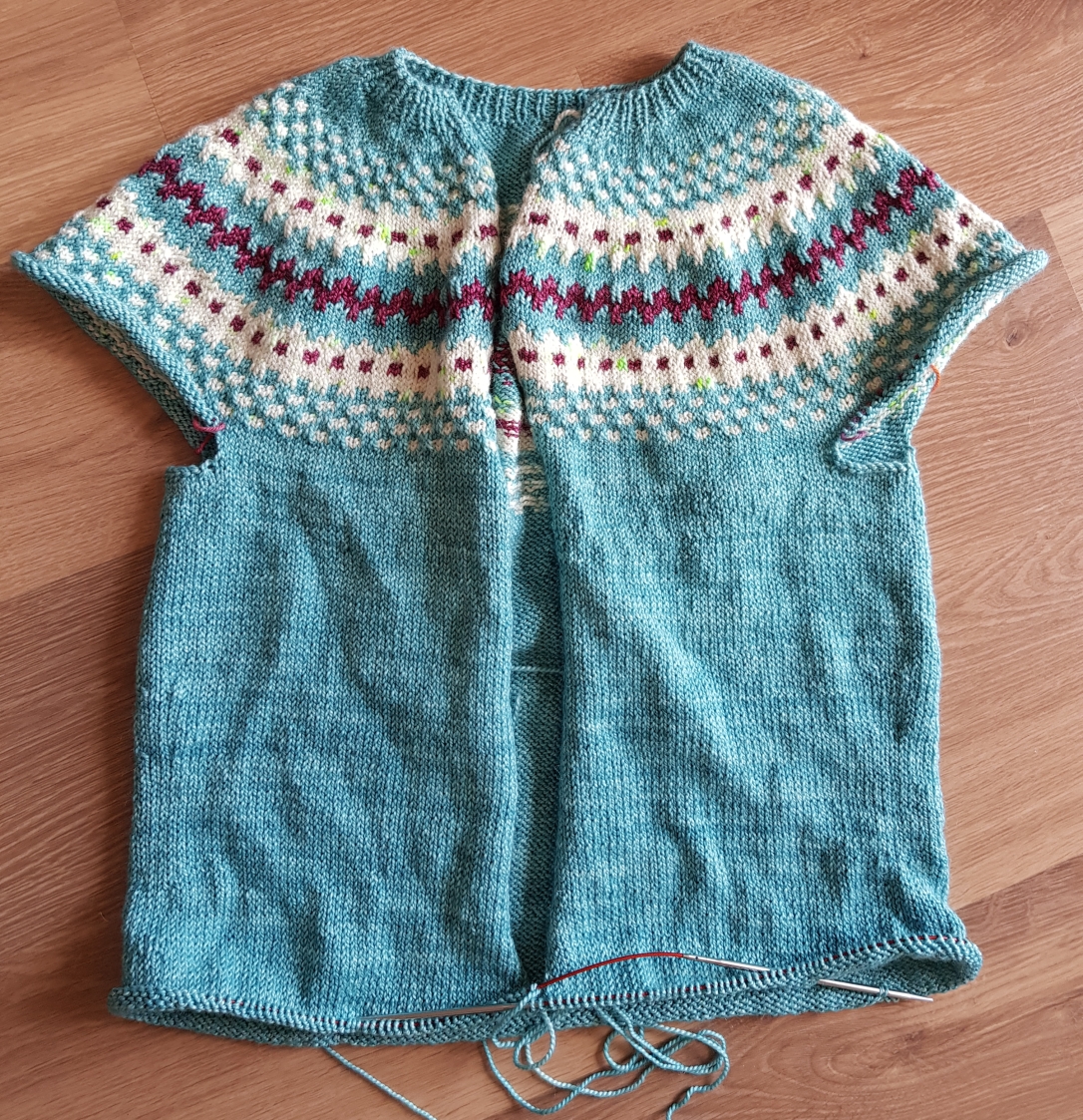 My Elton cardigan, on the other hand, has seen a lot of action. Still juggling two balls and I had the added complication of working on separate parts of the cardigan with bits hanging off another circular needle. I just wanted to get to the point of joining the back with the two fronts. I managed this last night and it will be so much easier to handle now.

I’ve re-started the Alica Doily rug because I was not happy with the cotton yarn I was using. I found some acrylic yarn which I think will be more suitable and much easier to knit. The new rug is on the left, the old on the right. The Hometown USA yarn is a dream to work with. They didn’t have the right grey so I bought the Vera Moda Monkey for that. It’s not so nice, seeming to be almost pilling as I crochet. I hope it’s OK when it’s not being handled, though walking on it probably wouldn’t be fantastic. I don’t think it will have high traffic or I’ll just have to crochet another one. 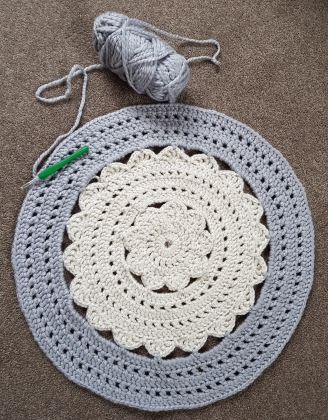 The other day I found a pattern for a gorgeous security blanket pattern – Inka the Little Llama. I just had to make this! So I bought some Vera Moda Gelatos (50% cotton/50% acrylic) and a couple of 4 Seasons Flinders (100% cotton) in various colours and started crocheting. It’s a nice easy pattern so far, as I’m working on the blanket part. I haven’t yet made any amigurumi, so this will be a first. 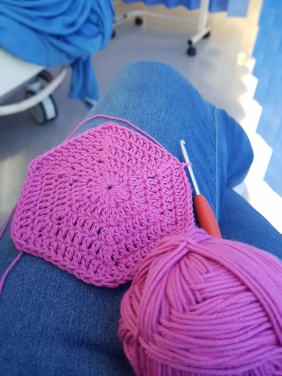 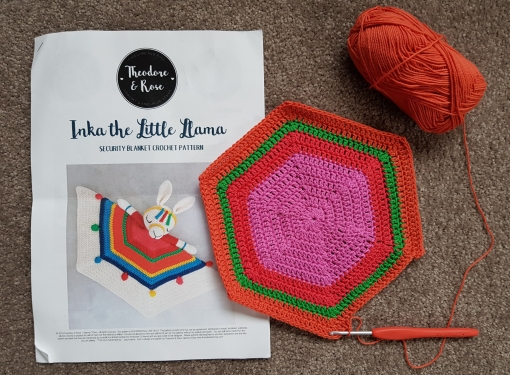 Round the Garden continues in slow mode. I have progressed to some flowers so that’s a small step in the right direction! 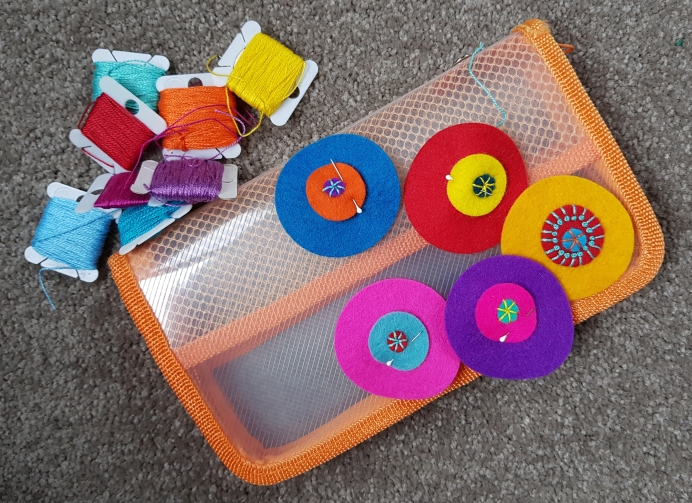 I haven’t had access to my sewing machine since the last post so there is no progress in that regard. Thank goodness for portable projects like knitting and crochet. Unfortunately, there will be little progress on the sewing front next week as well as I’m heading off for my daughter’s hens weekend. I may be able to squeeze in a few seams during the week but the likelihood is quite low.

The post this week has been short and sweet, due to the different routine and location but I’m grateful for my crafting escapes. They have kept me sane this week, more so than normal.  I hope you had a good week and weekend. Until next week, may you have lots of opportunities for your creative pleasures!