Hi friends! Welcome to another week of isolation. There was not a lot of external action this past week. On Monday I went over to Greenfields Beach with Robert and, while he was swimming the beach, I walked over to Hyams Beach and back via the Scribbly Gum track. On Tuesday, Robert swam at Huskisson so I went to get some stuff out of storage and then jogged the beach until he finished. On Friday morning, I stood in line at the supermarket before 7 am and was able to get a pack of toilet paper. We hadn’t been desperate before this so hadn’t bothered. I was also able to get some more supplies so that we don’t need to leave the house unnecessarily. Yesterday morning, I ducked quickly to Spotlight to get some crafting supplies as I was stuck with a few things. It was great because there was hardly anyone in there so it was a quick in and out visit. 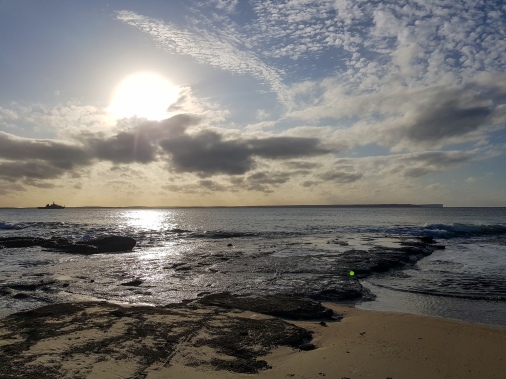 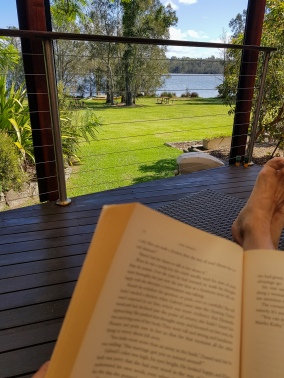 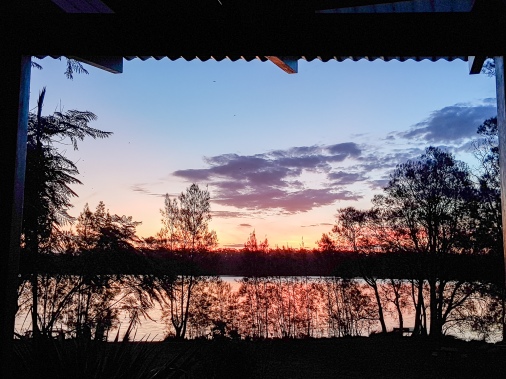 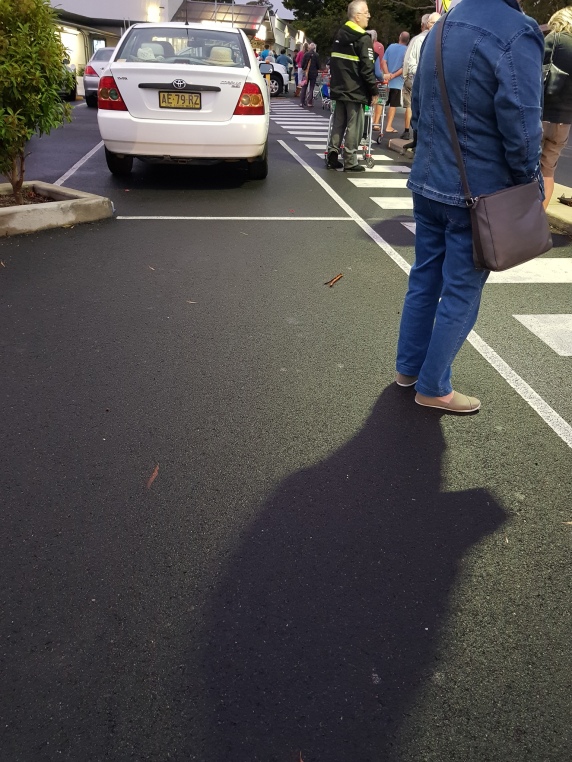 Everyone ahead of me 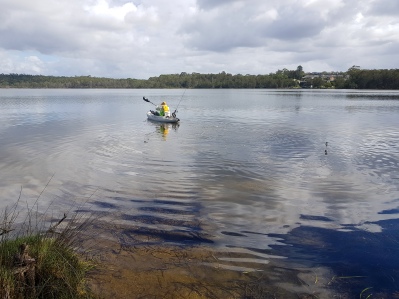 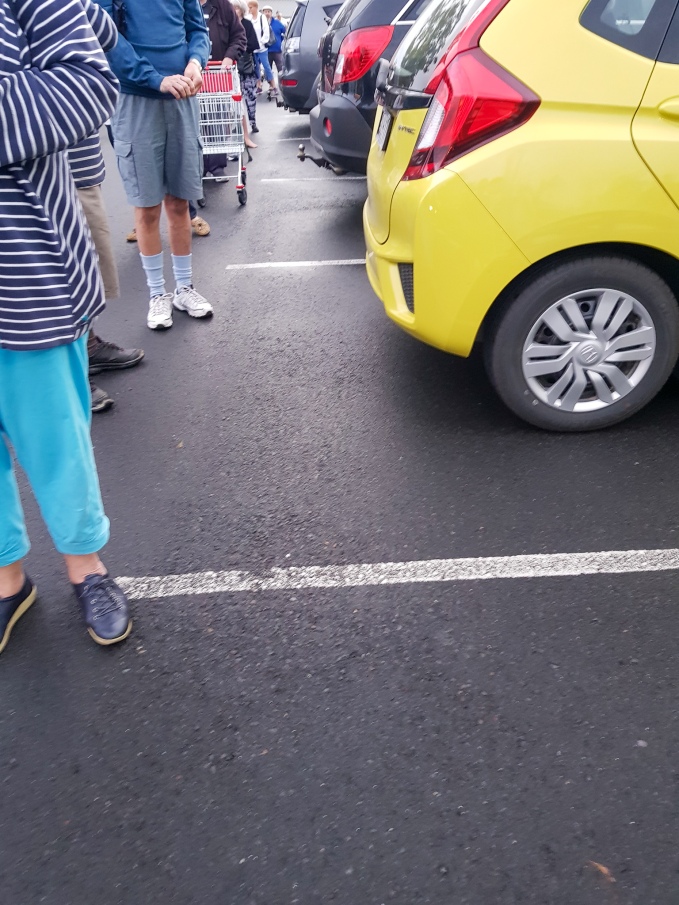 Yesterday we got the news that the owners of the house that we are looking after will be back in 5 days so our stay of four and a half months was cut to one month. Fortunately, we’ll be able to go back to Bawley Point for a good session, at least. Nobody will be using it over the foreseeable future until this virus is resolved. We took our first load back to the storage shed this morning, which comprised mainly of the crafting supplies that I’d gotten out of storage. It won’t all fit in the cars for our initial trip so we’ll need to get more stuff when we can. We’ll have to come up (1.5 hour drive each way) at certain times for the house build but I think I have enough to keep me busy for the next few weeks. In the meantime, things are progressing well on the house build. I hope this virus doesn’t shut down the building.

View from my kitchen across the (future) deck

Looking in my front door

Finished Object: Finally I finished the little kimono cardigan that I made up. I find I’m very slow if I have to work it out in case I’m wrong but I think it looks pretty good, along with the Bitty Baby booties and the Garter Ear Flat hat. I hope the recipient get these by tomorrow or soon after. 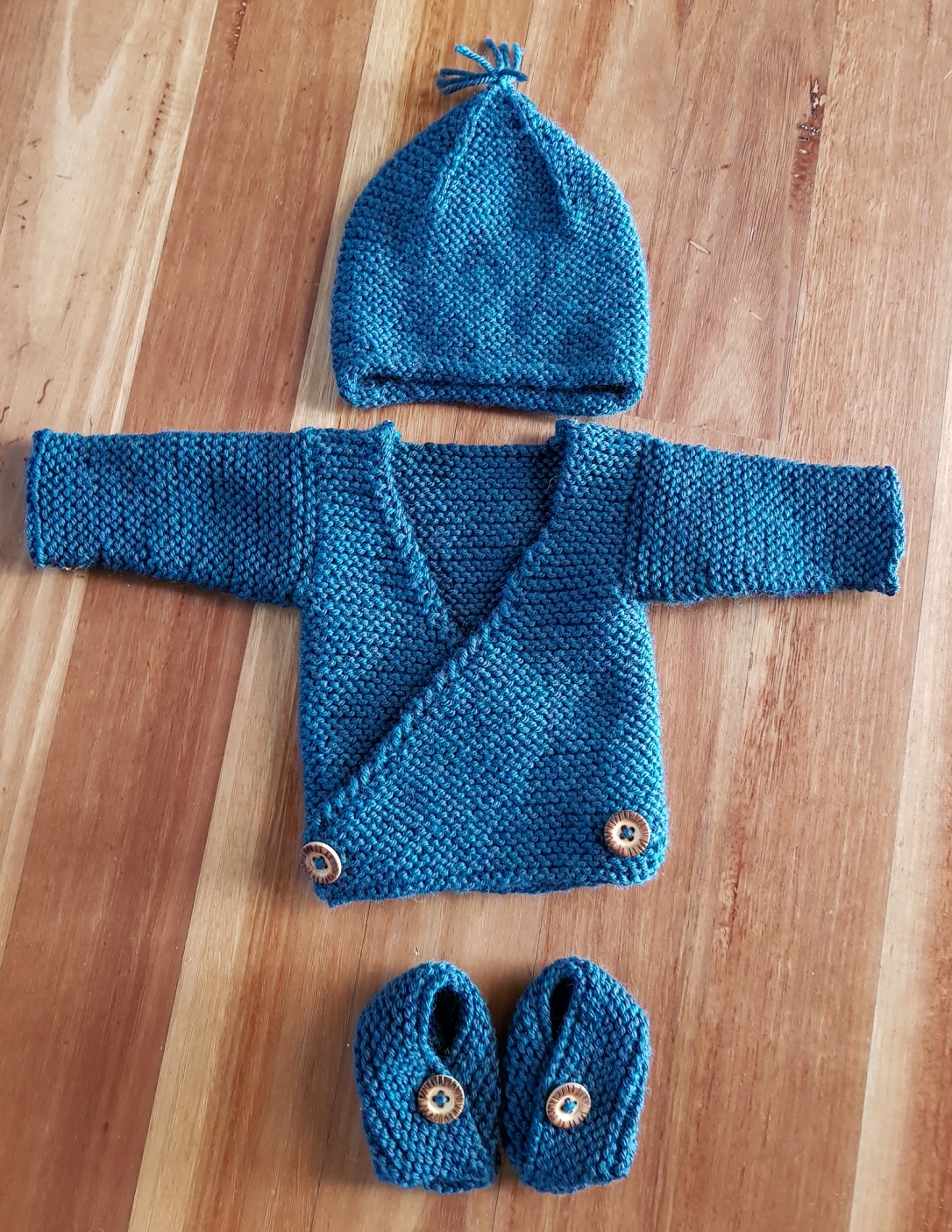 I finished the tubular bind off on my Tuileries sweater body and I now have the two sleeves at about the same length. I’ll need to try it on to see how much further they need to go. I think the sleeves need to be at least as long as the sweater body. The changes in colour are not as obvious in real life.

There’s not a lot of progress on my gift Drifting Snow mitts. I only have about 5 more rows to go now as I’m starting the fingertip decreases. The thumb will take about half an hour and then I’ll be able to cast on the other one. My plan of knitting 4 fewer stitches and using 4.0mm instead of 3.75m on the hand worked well. 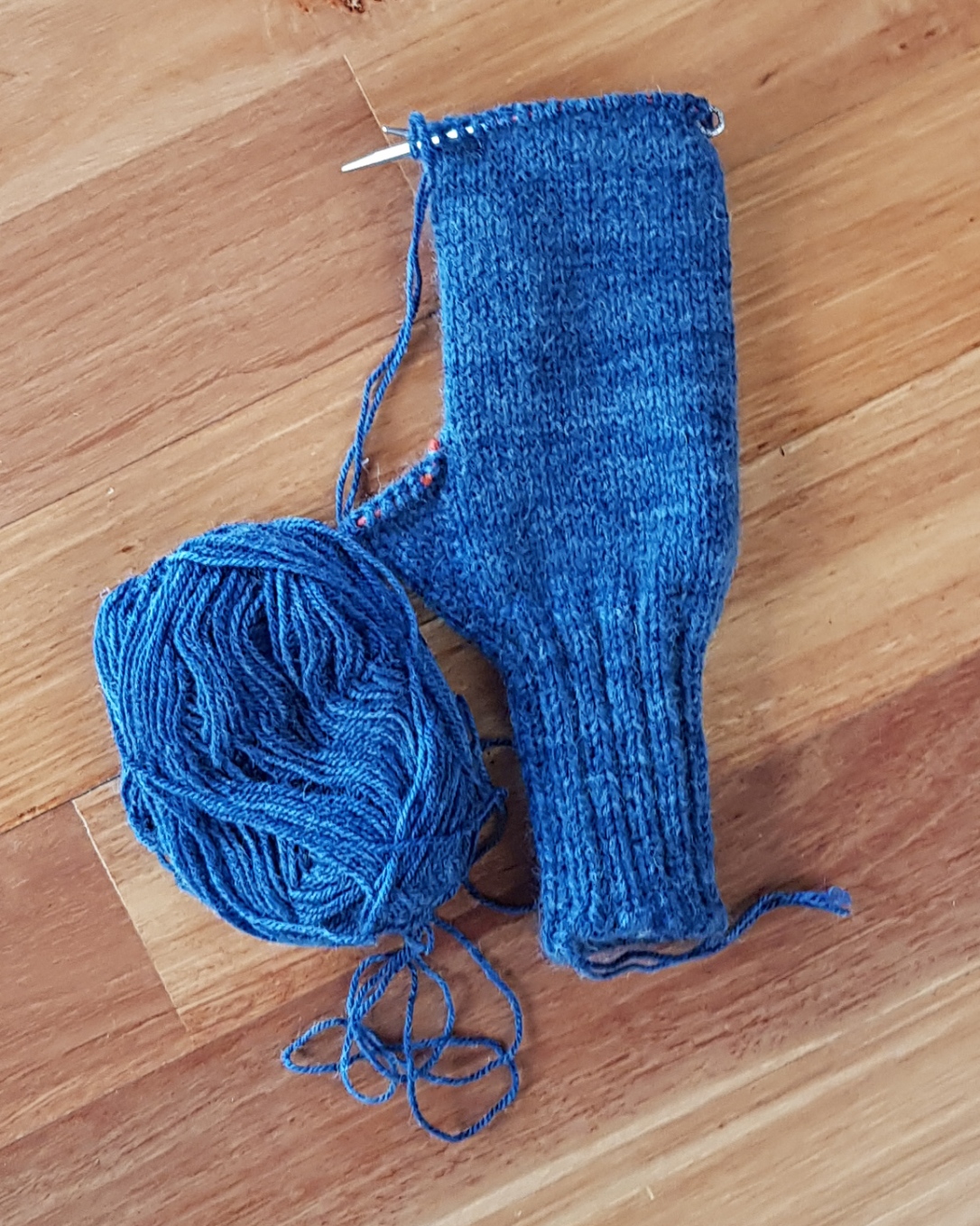 New Cast On: I have started on a couple of baby cardigans for a boy and girl set of twins arriving in the middle of the year. I just happened to have this Baby Cashmerino yarn in my stash and it will be perfect. For the boy, I’m using the duck egg blue colourway on the Ciqala Arrowhead cardi and, for the girl, I’ll be using the cream colourway but haven’t yet decided on the yoke pattern. I’ll use the same pattern but will do the yoke differently. I’ll also have the buttons opposite, as you do for male and female items. The only modification to the pattern, and I must say it’s a big one, is that I’m re-engineering it so that it is top-down instead of bottom-up. I had already knitted this neckband and realised that the buttonhole is on the wrong side so I started it again. Unlike the last cardigan pattern I made, this one is only written for one direction. 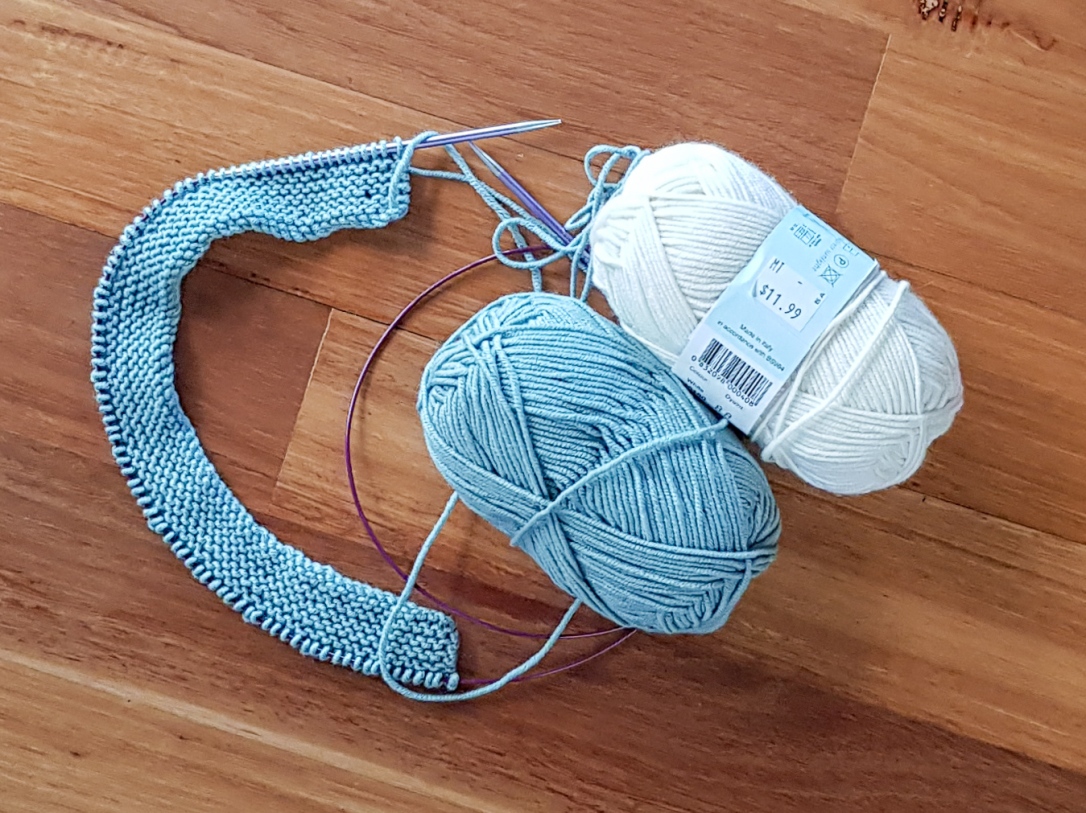 I finally finished the neverending rib sleeves on my Kettle Valley poncho. I’m so happy to now be on the incessant knit in the round for a good while. This is the perfect no-thinking knitting which is required every now and then. It was good last night when I actually wanted to knit on the twin cardigan but my brain was overloaded with what we had to pack and move to storage or with us. Knit knit knit is good for anxious minds.

The first bobbin of my Wren and Ollie rolags is done and I’ve started on my second bobbin. The wheel is not going into storage like last time as I am really enjoying an hour on this each afternoon. Robert and I watch the Millionaires Hot Seat quiz show and I have now made it officially my spinning time. I have packed some more to take with me along with some bobbins from a previous spin I have yet to ply. 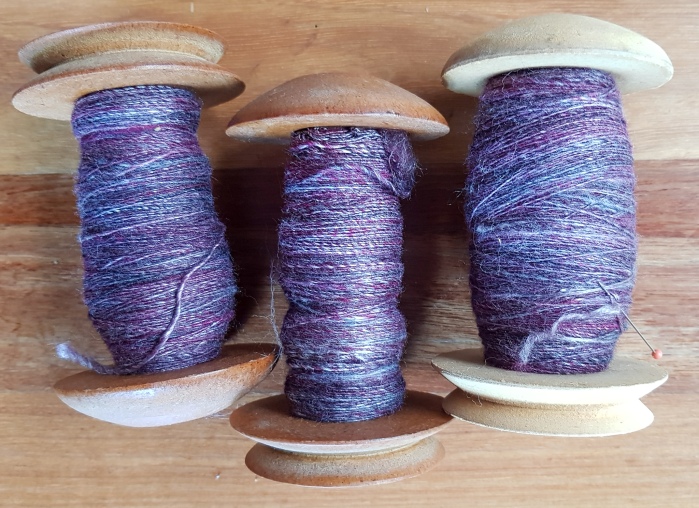 Last week I showed what I was making for #thegreatmodulesewalong and said I’d take a quick win with the Monroe Turtleneck top – a free pattern from Tessuti. I cut out the pattern on Sunday and then, on Monday, it only took me about an hour and a half to cut it out and sew it up. The cutting out proved tricky because the fabric was kind of on the bias. You can see from the photo how the ends folded into the middle are both on the diagonal. I lined up the stripes on the fabric and pattern matched at the underarm on both the front and back pieces. I am so happy with the result. It’s a very boxy top but looks great. The only thing I will say is the neck is very tight. I can get my head through (just) but I definitely agree with other makers that I’d read up on that the neck is tight. I will be making more of these but will do the neck about half an inch bigger. The other thing is that the sleeve on the pattern says Size 3. I was doing Size 2, though could even have done Size 1. I’ve only tried it on once since I made it as the weather has been beautiful. Seems that sleeve worked fine with my size. It was also the very first time I was successful using a twin needle while doing the body and sleeve hems. This time I fed the two strands into the machine at the same time whereas previously I would do them separately. 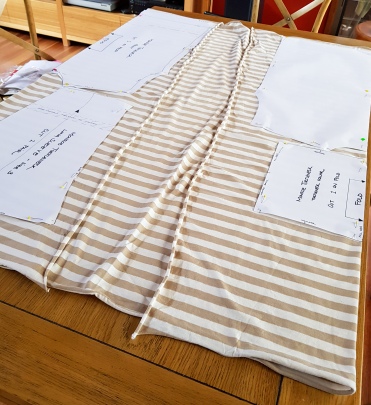 From that one, I moved onto the Audrey jacket by Seamwork. There is a step by step class on how to make this (for Seamwork members) and I have been following that. The jean jacket is something I was always hesitant to make but the class makes it easy with bite-sized pieces at a time. So far, the hardest part was doing the welt pockets. The class makes one piece at a time and, with this part, I struggled on which way things should sit on the other side. I did finally work it out. One annoying mistake I made was when I was topstitching the welt pocket I didn’t realise that I had the other piece underneath so that had to be unpicked. I thought it was tight at the time. Another issue is with buttonholes. I can’t use the topstitching thread for the zig-zag as it is too thick and jams the machine, almost breaking the needle. So I bought some normal thread in the same colour and will use that for all the buttonholes. The fronts are done apart from the fold-over for the buttons. My next step is the back. I wonder if I can get this finished before we move out on Wednesday. Maybe not but it will be the first thing when we move in. For this module, I’ll also be working on my Pietra pants and the sheath dress from the Inspirations magazine. I haven’t yet picked my skirt pattern. 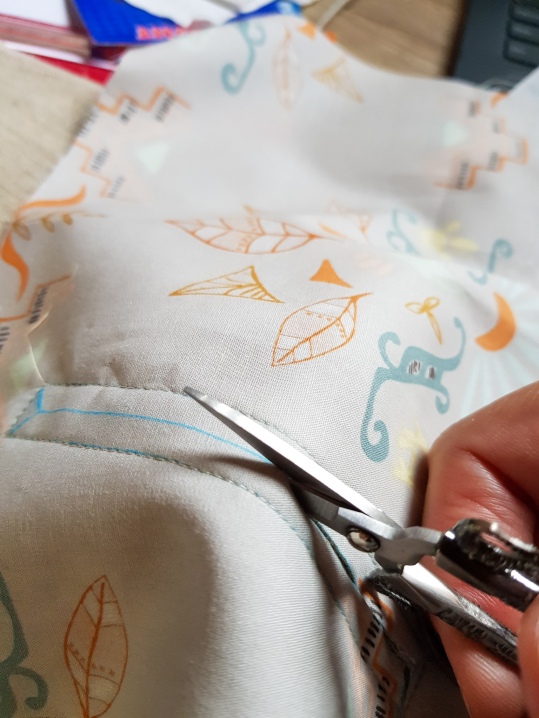 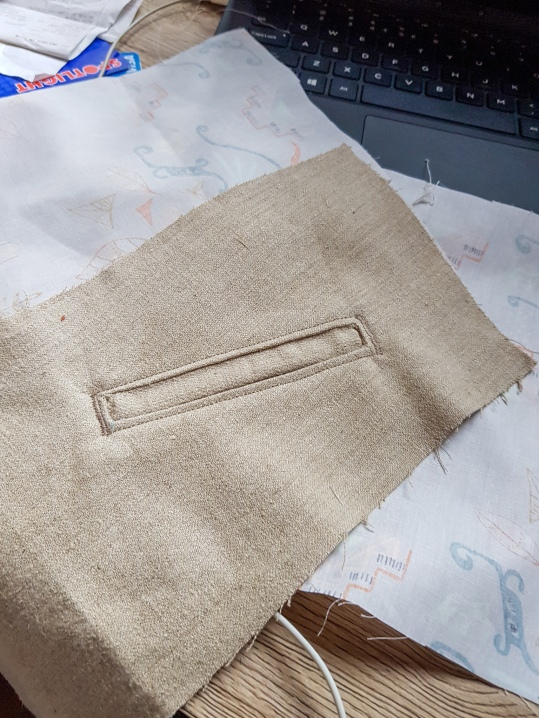 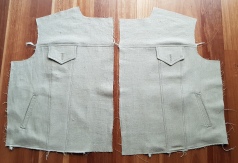 The world has gone crazy so I’ve had time to watch my shows (Married at First Sight and New Amsterdam) and video podcasts. I’ve also caught up on some audio podcasts. I’ve even managed to grab some time over lunch outside each day to read my book. This week I also used Zoom Meetings for 3 different groups. Firstly, I had two sessions with the International Virtual Knit Nights, a session with a group I’m in that I set up and then a session with a new Australian Virtual Knit Night set up by Carolyn on the Gold Coast. It’s great to still be able to see people and socialise, even if it’s only virtually. We will be staying away from everyone for as long as it takes and my only regret is that I won’t see Evie for a while. That’s the hardest thing. We’ll have to do some video chats instead. – maybe this afternoon? I hope so. I hope this blog doesn’t sound as rushed as it feels to me. I really need to get back to packing everything so, until next week, I hope you are staying well and that you are enjoying lots of opportunities for your creative pleasures!